Cultural heritage can be found in museums and archives but also in landscape. The UNESCO World Heritage List documents most of these sites. In Estonia, there are several initiatives that complement the work of UNESCO and this post accounts for the major ones.

The National Heritage Board (NHB) ensures the preservation of nationally important sites and works in Estonia within the framework of the Heritage Conservation Act. The NHB register includes more than 26,500 entries, including immovable monuments, available through a GIS database. 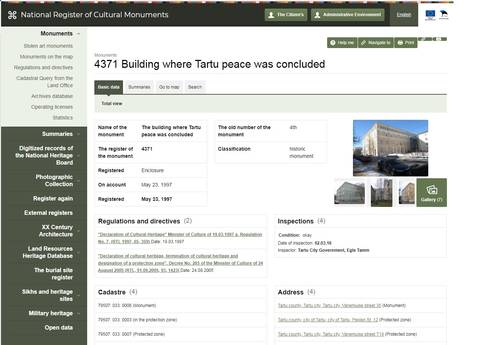 The Estonian National Registry of Cultural Monuments (NRCM) includes digital archives and other collections data, such as 20th century architecture, shipwrecks, rural architecture, burial grounds and heritage sites. A map provides the locations of the cultural monuments, in the form of postal addresses or via links to the National Building Registry. Additionally, data from the NRCM can be shared as Open Data through a REST JSON API.

In 2005–2011, a national mapping survey of Estonia revealed that more than 35,000 cultural sites did not receive state attention. The State Forest Management Centre, with the support of funds from the European Union, was responsible for the mapping. The data collected are available to the public as a GIS database and can be used to plan for protection projects. 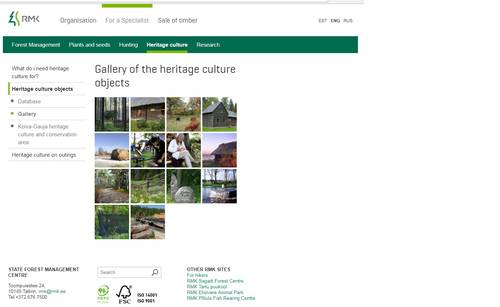 Estonia boasts five national parks that cover 3.7% of the country. Their mission is the protection of the environment as well as the protection of the cultural heritage wherein. In order to get a thorough overview of the cultural monuments in the parks, the Environmental Board has been conducting a project called “Memory Landscapes” since 2006. The materials collected cover more than 3,000 entries of place-lore objects (after folklore) documented through photo, text, video and sound files preserved at the Estonian Folklore Archives of Estonian Literary Museum and available through a map application. 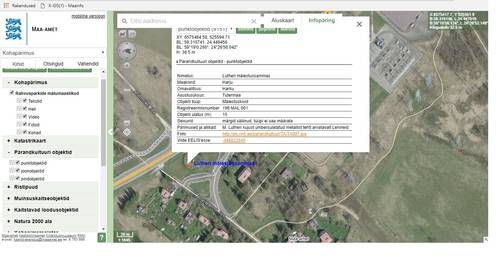 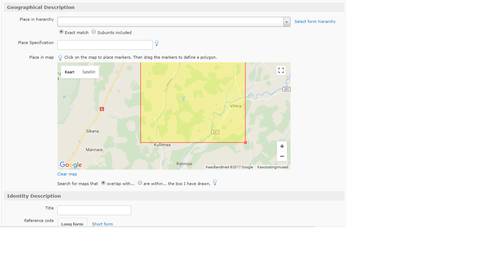 The National Archive of Estonia has a separate information system which currently describes more than 145,000 maps. Approximatively one third of these maps are digitized and linked in the application. Maps can be searched via metadata and location.

People who are interested in natural sacred places are starting to collect information on these places through voluntary work. The website that aggregates that rich information is available here: hiiepaik.ee 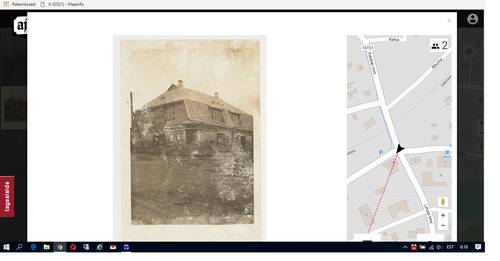 The Non-Govermental Organization Eesti Fotopärand (Estonian Photo Heritage Site) has created the portal Ajapaik to show how places have changed over time. Each historical photo in the portal is geotagged, pinned to a map, with an indication of the location where the photo was taken, and compared with the current photo of the site. The portal makes it possible to search historical photos from various Estonian museums’ collections. Currently the site contains about 106,000 historical pictures. An additional 60,000 photos have been contributed by about 7,500 users. 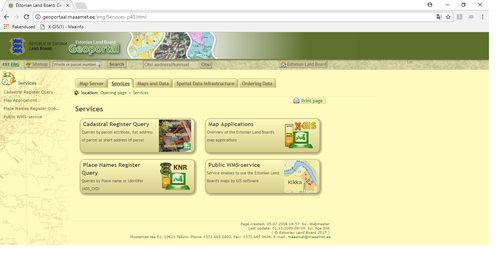 The Estonian Land Board Geoportal is the main free GIS data portal in Estonia. It provides multiple and rich types of data (registry, direct links, WMS-services, data in different GIS-formats etc.) and can be used in a desktop GIS-software or be integrated in business-use info systems.

Screenshot of land use planning software from the Estonian State Forest Management Centre (in official use). Spatial data is provided over WMS-service.

Estonia’s spatial data is characterized by its free use and high accuracy. As the maps were not in public use during the Soviet era, there is still room for improvement of the knowledge of the maps and their usage.

The GIS format of any data enables to integrate the data to map applications used in smart devices or in more complex information systems. In Estonia published data have been checked against the actual landscape, offering alternatives to automatically generated map applications, such as Google Maps.