“You have the objects. We have the records. Is it Fair?” Re-contextualizing museum objects with their records – Mohamed Gamal Rashed (July 2018)

In many countries – especially in countries that have been excavated extensively-, there is a recurrent problem regarding the documentation of museum collections, namely the collections are separated from their records. For example, it is not unusual to hear museum professionals say: “Yes, we were able to keep our antiquities in their country of origin, but unfortunately, other countries have their records. Object records have the same value as the objects, and should be shared”.

There are many ways objects and their contextual information can become disassociated. For example, it is not unusual for excavated objects to travel outside of their country of origin with their excavation records. This is the case of Egypt and many other countries. Egypt’s cultural heritage is amongst the most widely dispersed of any country following centuries of intense colonial and imperial interest in antiquities. Through the 19th and 20th centuries, hundreds of thousands of Egyptian objects have been transferred from Egypt to more than two hundred museums worldwide. The same happened for many other countries, such as Sudan, Mesopotamia, and Syria. Fortunately, in the case of Egypt, a significant percentage of objects was kept, and in 1858 these objects became the core for the first collection of antiquities in Egypt at the Bulaq Museum. Egyptian antiquities, however, have been distributed to at least 350 museums and institutions worldwide. For example, a study estimated that up to 175 institutions might hold, or have held, objects originally acquired through British-led field work in Egypt[1]. The records of these objects have been kept imprisoned in the archives of few British institutions. 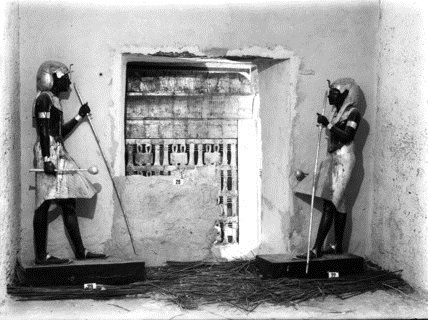 While many objects are left in their countries of origin, the people who dug them up have kept the records of the excavations in their own archives or have gifted them to institutions that are not of the country of origin. A few of these recipient museums have partially published on these objects, but their archival records largely remain unpublished, separated from the objects that they pertain to.

It requires huge efforts[2] to link these objects with their records and their archaeological contexts once again. One might imagine that the efforts needed to conduct research on the objects of poorly documented finds are colossal, especially if the objects have subsequently been dispersed among several collections multiple times. I have experienced such a predicament of needing to carry out research on certain objects in the Egyptian Museum in Cairo.  It is challenging to work on objects that have no associated data, photos, nor contexts in the registers. In this case I was quite sure that the relevant records existed somewhere (for one of the successfully re-contextualized items, see https://journals.uair.arizona.edu/index.php/jaei/article/view/20496). In most cases, the people who performed the excavation own the records that might document the value of the objects. They left the objects in the country they were excavated from but they often took with them the objects records leaving the objects without any associated data. They should feel guilty at least for not linking the records to the objects.

Without a doubt, many institutions now provide access to their archives, but more is required, such as providing the countries of origin with copies of the resources, providing online access to the archives with classifications that help researchers search and link the records to the objects. Perhaps, more importantly, it becomes essential nowadays to put in place collaborative projects to link the objects of the same finds together, as well as with the relevant records in the archives, such as what has been initiated through the artefacts of Excavation project in 2014[3]. 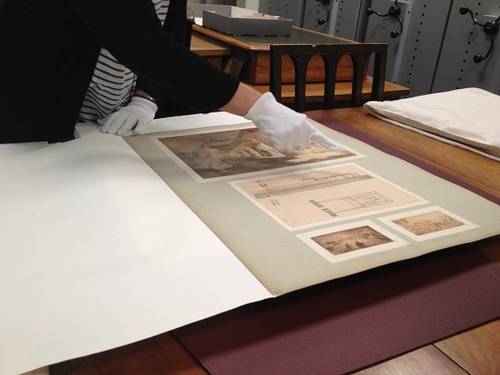 Accessing the archive of the Griffith Institute at the Sackler Library, Oxford. Photo courtesy of Dr. Mohamed Gamal Rashed

And for sure, some institutions have taken the lead in providing online access to their archives, and/or have initiated partnerships to link their archival records to the respective objects in museums, such as the Griffith Institute who provides online access to the archival materials for ancient Egypt (http://www.griffith.ox.ac.uk/archive/), the Egypt Exploration Society (EES) who has one of the earliest and most important archives for 19th and 20th century Egyptian antiquities (https://www.ees.ac.uk/archive), and the “Lucy Gura Archive” of the EES based on the work of the great British archaeologist W. F. Petrie, who led excavations in  Egypt between 1882 and 1920. 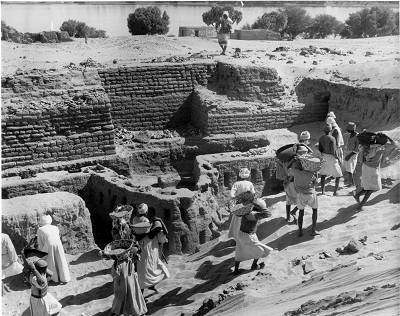 Documentation of the Egypt Exploration Society excavation of the archaeological city of Buhen, an ancient Egyptian settlement situated on the West bank of the Nile to the North of the Second Cataract. Photo courtesy of EES, London.

Petrie distributed tens of thousands of objects from his excavations among a hundred museums in the UK and around all the world, while keeping the excavation records, photographs, and his diaries in his personal archive in London. Many of these objects that were once part of groups, findings, tombs, burials or shafts are made accessible to the public in museums, but in the process have been disconnected from their original archaeological contexts. Now, the EES, the Petrie Museum at University College London, together with other partners are working on a project hosted by the Griffith Institute to link the dispersed objects together as well as to their archival records. 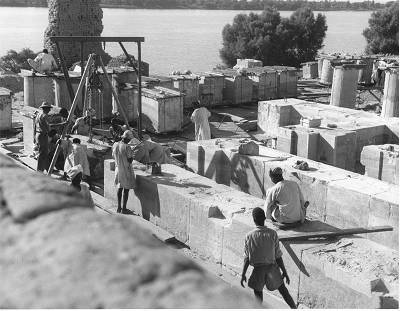 Documentation of the Egypt Exploration Society shipping of the Buhen excavated objects on the Nile and to London in the early 20th century. Photo courtesy of EES, London.

Finally, digital technology might have the best solutions to these matters through online access and linking objects to records, in a way that respects copyrights from all parties. It might even encourage both objects and records holders to consider one of the most debated issues since cultural institutions have held collections and archival resources in trust for the public, i.e. that of open online access to collections for scholars and the public. 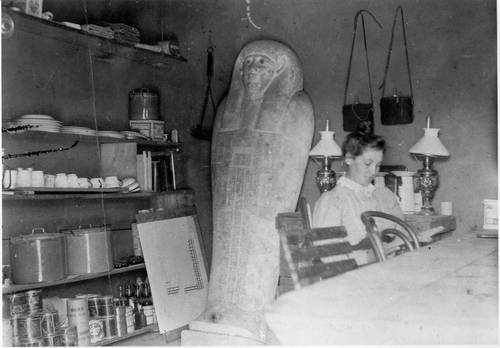 Dr. Mohamed Gamal Rashed is a lecturer in Egyptology at Damietta University, and a board member of ICOM-CIPEG. He is a former Curator at the Egyptian Museum in Cairo, and a former director of the Documentation and Museum Exhibitions department at the Grand Egyptian Museum, Egypt.